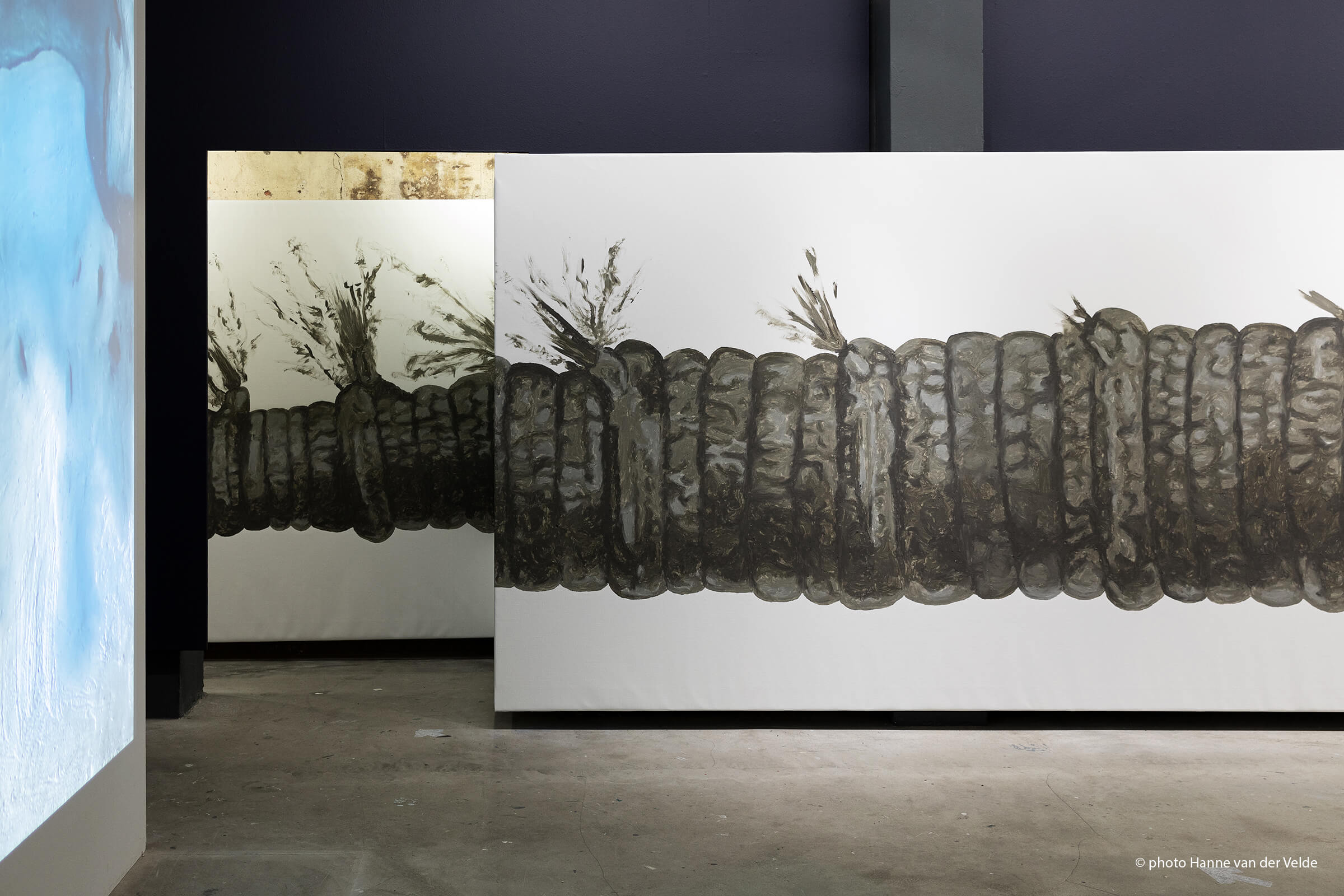 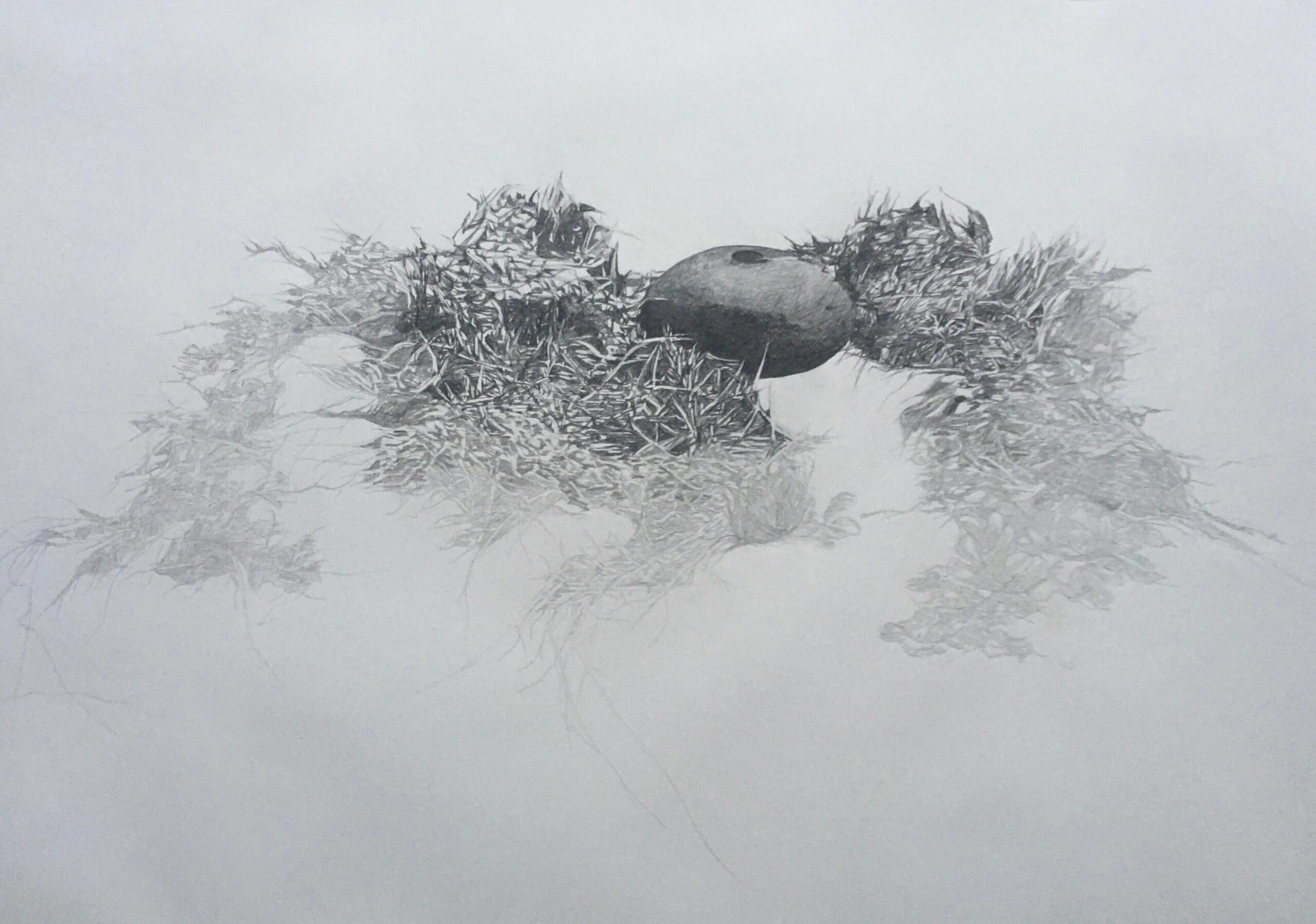 What if…
– we live in an environment in which we only set out the frameworks, the peripheral conditions.
– we allow other forms of life and the natural dynamics of water to shape our environment.
– we find the measure of small (soil) life as important as the human dimension
– we are no longer afraid of the big water and we are going to live with the water
– we change our perspective

For What if… I researched the future of the Northern landscape. I assumed a future scenario in which the dikes disappear and we start living with the tides. For the project, I was mainly interested in changing my perspective. What if we take the measure of small (bottom) life as self-evident as the human measure?
For the first part of this research, I literally changed my perspective. Models of a radial mound were placed in four places on the coast of Friesland and Groningen: Hege Gerzen (IJsselmeer), Lauwersoog harbour, Noordpolderzijl harbour and the beach of Bierum.
The mounds are based on historical research. At the four locations along the tide line, the models were influenced by soil life, silt and the tides. An extreme magnification of the sea as a designer of the landscape with enormous creatures and forces shaping the landscape.
My observations of the models influenced by the mudflats were the starting point for creating a futuristic scenario and new works. Experiencing a different perspective is further elaborated in the works. The mudflats that populated some of the models, for example, have been translated back to a human scale so that a young mudflat is suddenly painted 20m long with silt.

What if… is a project by SIGN and Noorderlicht for the Artist in space talent development programme of de Noordenaars. 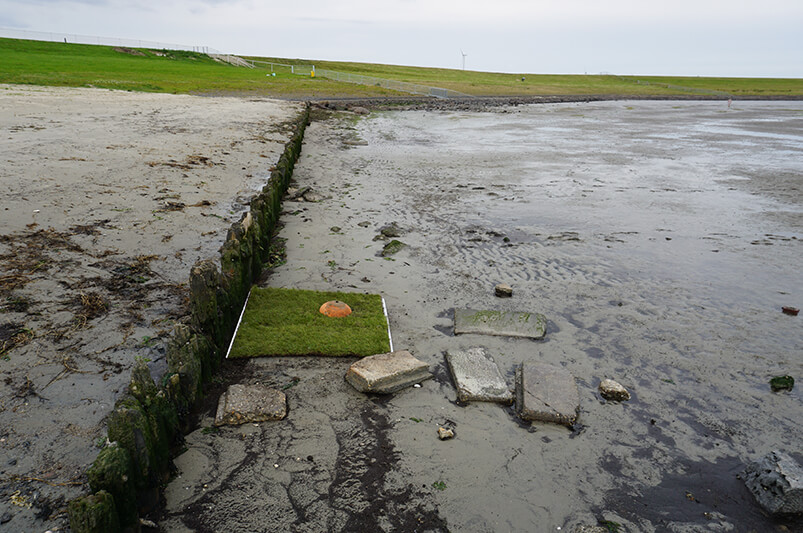 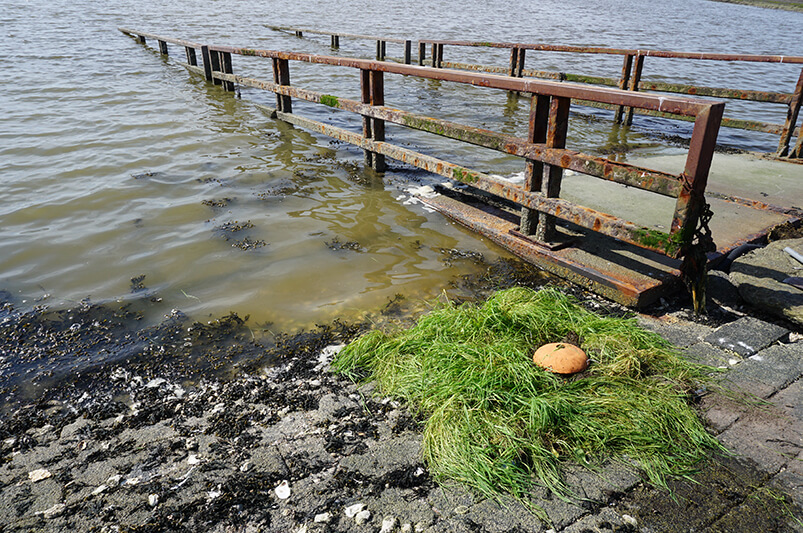 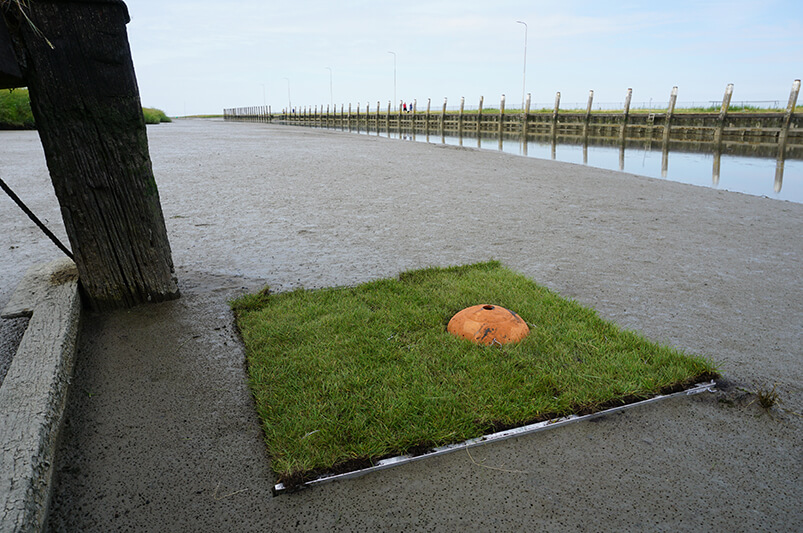 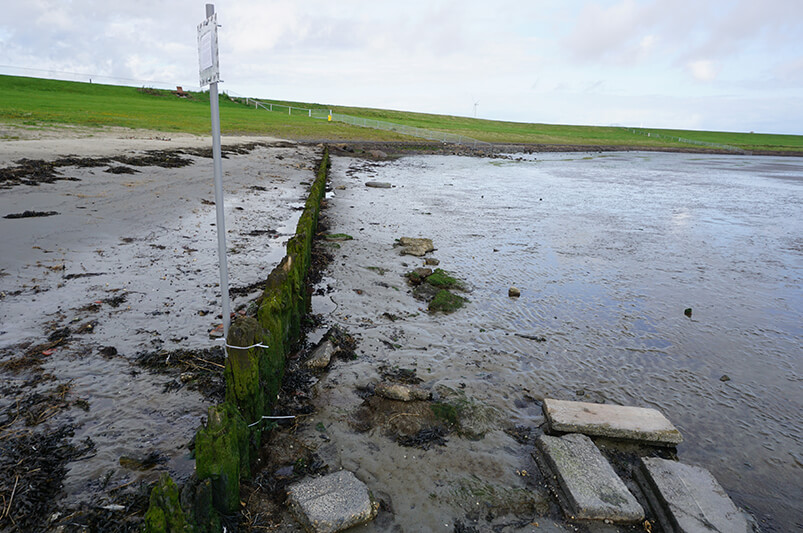 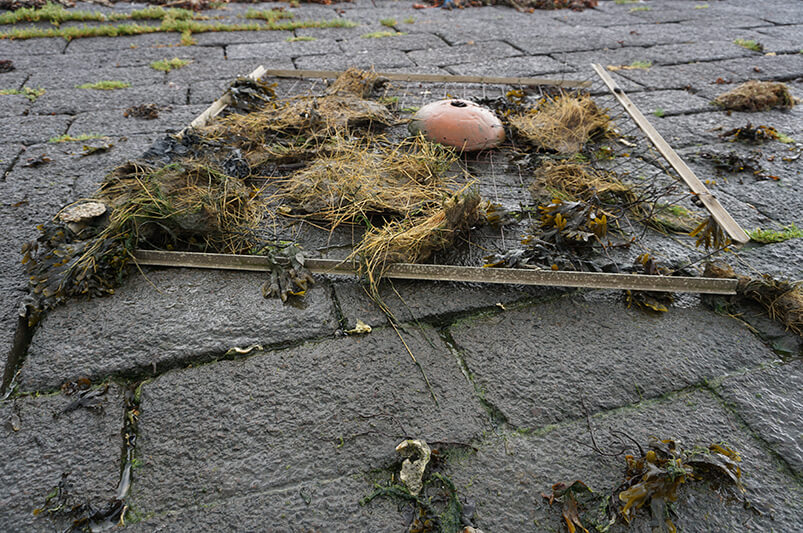 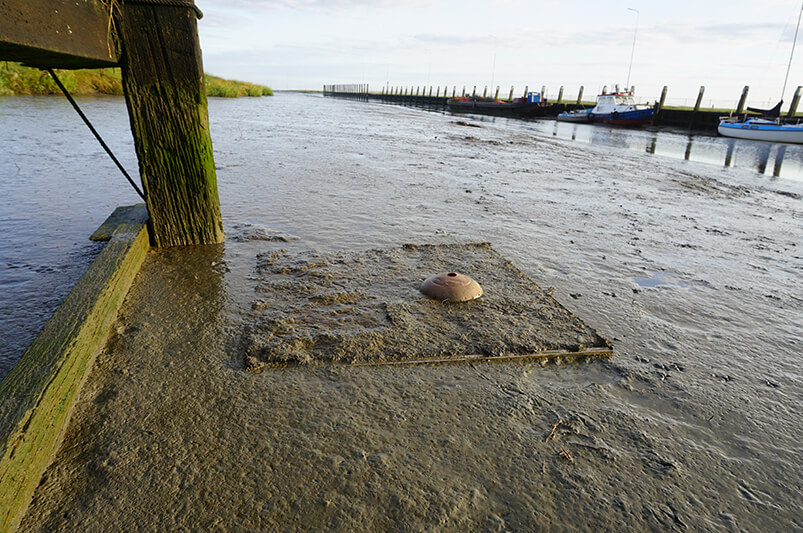 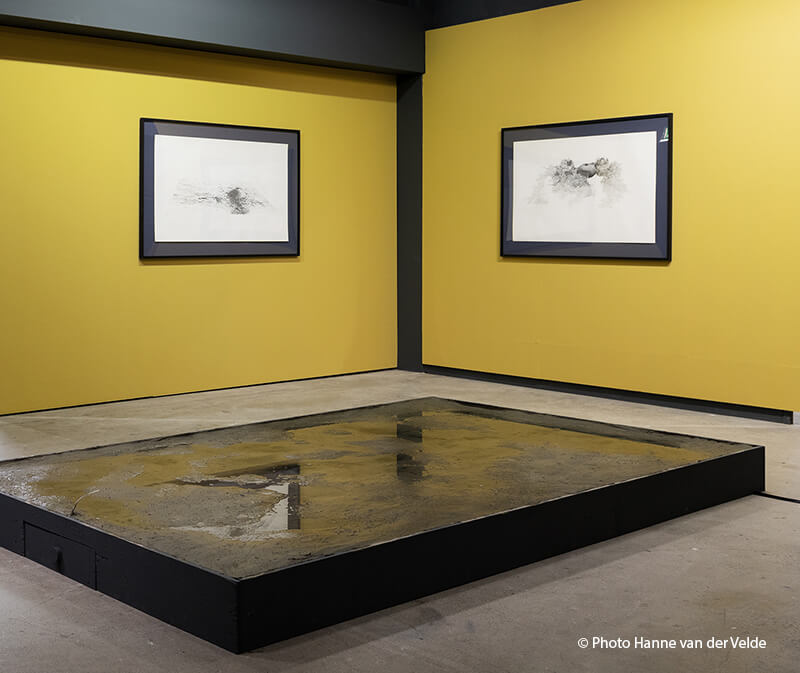 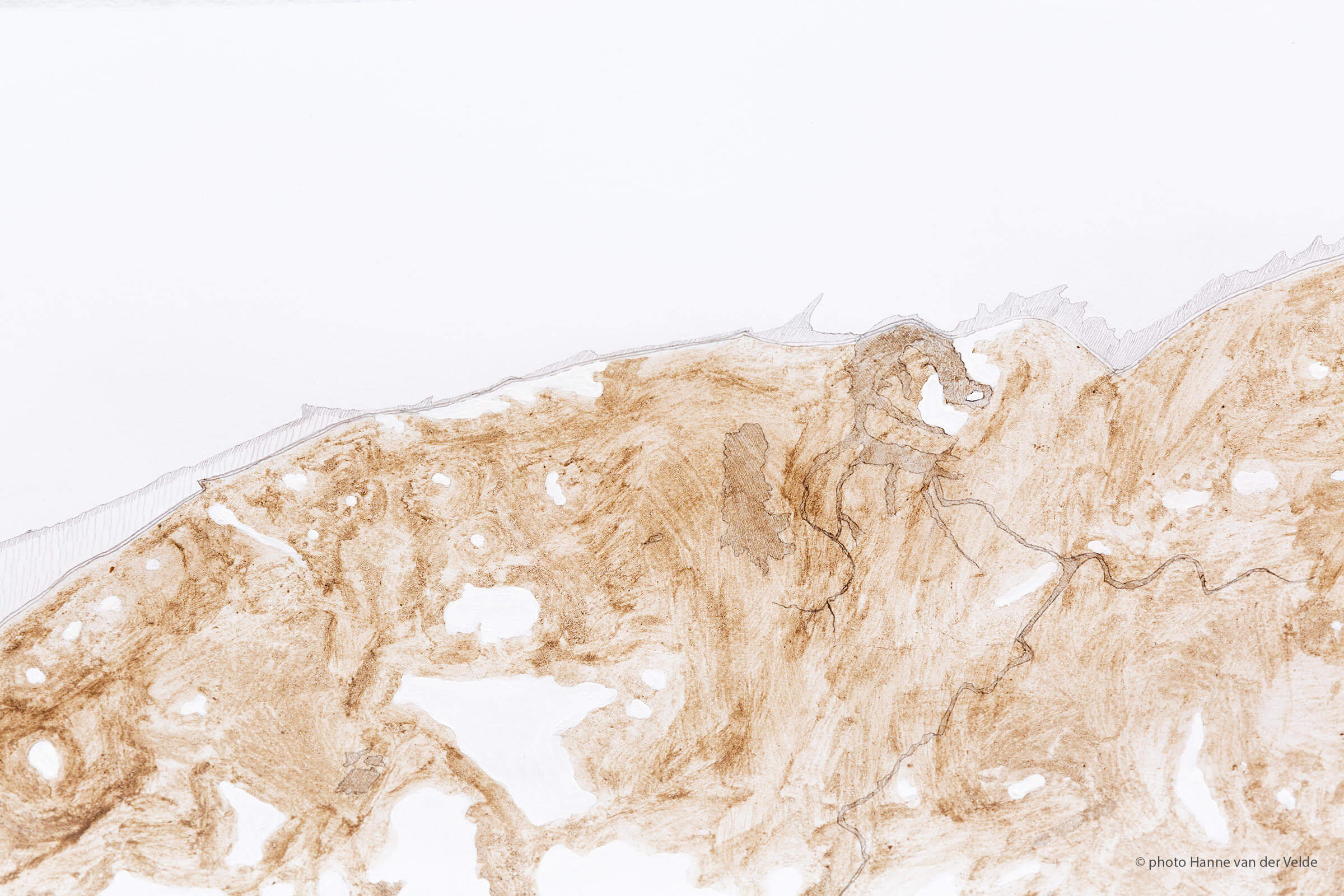 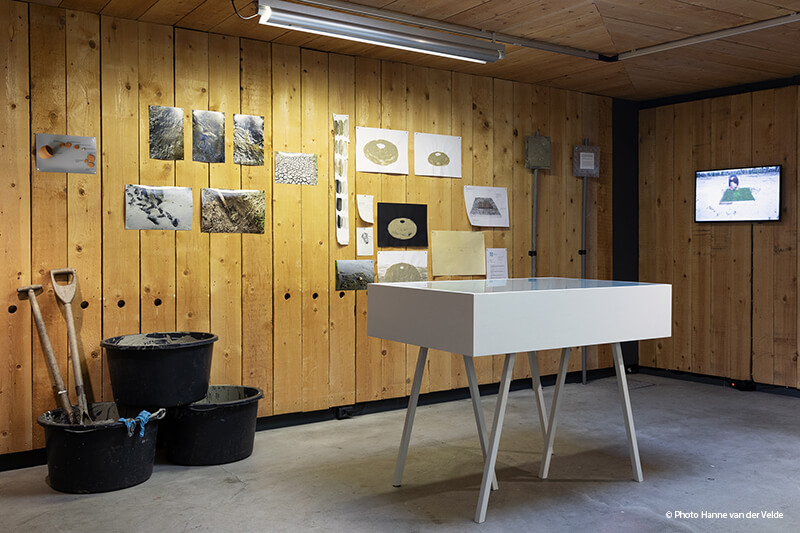 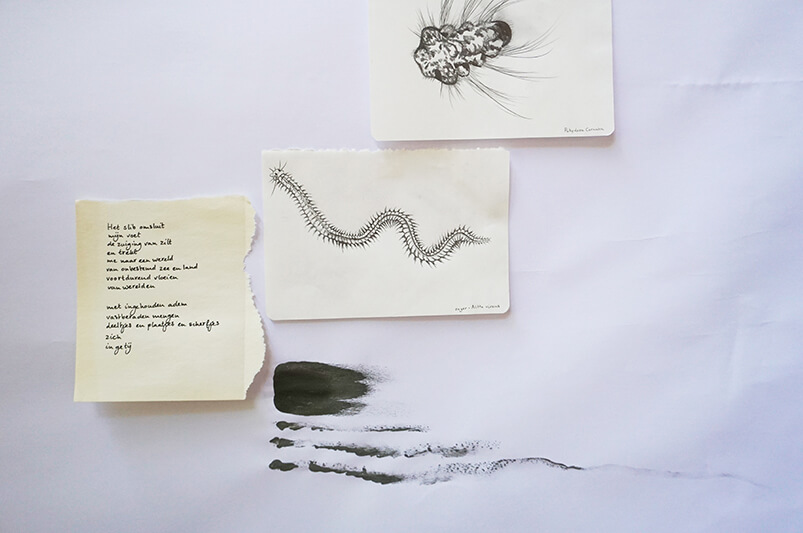